With a friend recently married, and another – more a dear child to me – getting engaged and still another rafting the pre-marital excitement towards the drop, it does seem that marriage and getting married has taken a tinkle quite unlike what it rang in my ears a few years ago. Then it was someone’s discomfort in the glaring lights of a video and incessant demands of “Smile” while I got to meet people and play around before the “barjaaragar” (chief cook) would slyly slide a few freshly fried potato chips – still damp with oil – towards me and warn me never to ask him again else he would lose his job. It was when “maamis” (older ladies of the house) would grab my chin-n-cheeks (they always grabbed as much as they could) and kiss into the air before remarking “My god! You are as dashing as the groom tonight!” and I would casually say, “He is the groom only for one night!” It was when I got a chance to be subservient to the men of the house and do their bidding, and my chance to sit at my grandma’s feet so that she had a head to pat while she swelled with pride.

That is when I realised that a wedding and a marriage are two different things. I still let my tongue slip and say “I attended a marriage” and then quickly correct myself.

“So do you want a love marriage or an arranged marriage?” the eager voice gushes in my ear. I continue looking at her while others jump in – “High time you got married, E”, “Are you telling me you haven’t found a single person yet?”, “What on earth are you waiting for?” and my candid friend’s “Missile launchers don’t work after an age, man!”. I smile at this pretty face and ask, “Why would I want to get married?” Wrong question.

“Come on, E. Marriage is so beautiful. It is so much fun. So much togetherness. So much fun. You can find someone to complete you. It’s so much fun.”
“You need that person in your life.”
“Because at 75 you don’t really want to wake up in an empty bed.”
“You need to create dreams and build a family together with someone.”
And my candid friend’s “Boss, you need the real thing some day.”

I still don’t understand. I hear beautiful stories of people married to each other and as many (if not more) of people who lived together and also called it a marriage. I see people doing what they did before a marriage with minor modifications. And more often than not, I see marriage growing into a case of “Familiarity breeds consent” – people living their lives without a thought or a sense of fulfillment. Probably, that should suffice in most cases. 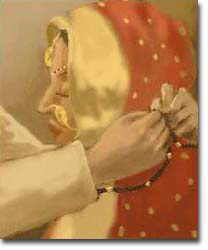 So a friend seated me down at a recent wedding and asked me, “I remember what you had once written. Are you still the same?”
“That was a piece of fiction, yaar.”
“Hmm. So are you still the same?”
“Kinda”
“And you hope to find that girl?”
“Nope”
“And you are fine staying unmarried forever?”
“Boss, what is with getting married?”
She smiled her usual smile and I really wished the world was filled with more such smiles.
“You will realise that later, but it might be too late.”
“So one needs to get married in order to have the artillery in place?”
“I didn’t understand a word of that!”
“You did.”
“Hmmm.”

I watch the groom and bride whisper things into each others ears and smile or giggle. How did that happen? As in, they hardly know each other and they feel that bond? Amazes me. I have often said that love (and most other things) is just a decision, but here are people who believe that so and so is their soul-mate, the person who has made life meaningful, who is the reason for everything good in their life, and all I get to do is shake my head or fall asleep (of course, I get my turn too). How would one know without having attempted to know? What brings people together always makes me wonder.

And then I ask them (in my head) as to what they ever wanted from a marriage. Isn’t that a vital question to ask oneself? Why do I want to get married? And wouldn’t the next question be: What can I give to life after a marriage? No, this is not a mental exercise nor is this a call to create checklists. It is about being aware of these things. It is about realising the importance and perhaps vitality of the inclusion of marriage into one’s life. Am I the only one seeing a lack of this? A successful marriage is not a case for establishing the pointlessness of this exercise. There was this story about a soldier who escapes somewhere and hides in a maiden’s house. That maiden is all romantic and admires this soldier’s general who had bravely attacked the enemy, although his battalion had only few weapons. The general had won, but the soldier gives the maiden insight into the stupidity of things which had lead to an accidental victory.

If people believe in accidental victories, I wonder why there is an ever-growing population which insists on “love” or “conscious choice” or “free will” pre-meditating any marital arrangement. If people are fine with entering a marriage with a general sense of comfort and thereafter tackling life as and when it arrives at their doorstep, that is cool (and my hats off to them for being so beautiful). I haven’t seen that work very many times nor am I sure I have met a person who can effortlessly make me feel right about associating through marriage. (Another question would be: How does one recognise such a person?) Given that I believe that a marriage is forever and that a marriage fulfills the couple as well as the individual, it is crystal clear that one needs to understand what one realises a marriage to be like (not in exacting terms but as a fairly robust framework) and having realised that, ponder over whether one should get into a marriage even though it might not satisfy completely (ok, so is 50%, basic minimum? Is 70% acceptable enough?).

Another take would be to accept that marriage is just one thing in the entire scheme of things and one needn’t break one’s head so much over it and accept it the way one accepts one’s mom/dad/sibling/relatives without much thought. But I didn’t enter into a relationship with them consciously!! So how much does consciousness matter?

So this season leaves me wishing the best for all those entering holy matrimony while I continue to sit in my hammock exclaiming “Holy **it!”

11 thoughts on “The season of marriages”