This post is dedicated to that little darling I call my nephew. He turns 3 today. Happy Birthday, sweetheart. This is the design I had printed on his birthday T-shirt. 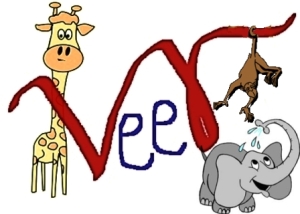 Avuncular pleasures are few but, aah! Such pleasure be they, that any more and hedonism would be redefined. Recently my sister and her four-month old son visited us and then stayed with us for a few months. Amongst the many things we – my nephew and I – did, there is this one ritual which grew to be very dear to me. Before I get into that, I would need to detail certain things which facilitated the birth of this activity!

My sister loves to sleep, so much that we were worried that she might go into labour while she was asleep. She stays awake till way after I have fallen asleep and stays asleep for many hours following my diurnal rise. We haven’t noted a single day which serves as an exception.

My mother likes to get all her work – prayers, cooking, cleaning, chores, etc. – done in the morning. No, she doesn’t have her dinner then, but a significant portion of her work gets completed by 11:00 a.m. And while she says her prayers she will not touch certain “things”, which includes babies.

My nephew, for reasons unknown, is a lot like me in his schedule. He rises early, goes to bed early (well, if you skip the occasional going-to-bed game of his), must have his food on time and burps exactly 48 seconds after his last mouthful. He is good, I must say, for one tends to morph flaws into benign goodness with the able hands of sophistry.

With all the characters set, and it is a fine feeling of a theatre director that I have now, we shall now study the ritual. I really wouldn’t want to call it that (and I have no clue what my nephew wants to call it) but for the lack of a better word. So ritual it shall be. We designed various rituals and regularly changed their forms to introduce variety for him, but this one was serendipitous.

It all began one deceptively common day with his cries, gurgles, and finally a bear hug which thrilled him more than the noisiest toys in his kitty. My sister dreamily handed him over to me. I took him out asking him about the weather and what he thought about the recent evacuation initiative in the Gaza Strip. He stuck his tongue out for both. We really need news reporters like our man here. Iwalked him up and down the length of our house discussing a variety of things and pausing to obtain his expert expression on them. Soon he got bored, which I believe has little to with me or my conversations but with his sense of time; matters of the world can occupy only thirty minutes of his morning.

I decided to strap him to the car-seat, which is basically a basket-like contraption to house a baby, and, when babies are unavailable, can contain washed socks and sundry. He demanded some entertainment. Rattles and soft toys and spinning tops and musical ones were brought out one after another and were operated, sometimes, simultaneously. He sulked at the little bouncing toy, whichrepeated its trick of the past few days and then looked up at me. I took him off hisbasket and he was excited about what was due in the next few minutes of which I surely had no clue.

I walked him up and down the house again, until I reached the audio-visuals room, which is nothing more than the room, which houses all appliances that make usually pleasant controllable noises. With him wriggling on one arm, I picked the DVD with the widest choice of songs and pushed it into the player. Out came a “Long, long time ago, I can still remember” in Don McLean’s voice! Our man straightened his neck and – thank god – stopped squirming. He looked all around him and then again at my mouth. I kept it pursed with a “guess-what” smile. He looked up into my eyes with his head still unsteady on a rock-n-roll neck. When the guitars picked pace, our man smiled. Hmmm. This was interesting. Then I turned him to face the player with all its coloured bands flaring up and falling to the beat. When I turned around, he quickly spun on a still supple axis and kept looking at the rainbow band singing in a man’s voice with some nice guitar tracks.

I slowly started swaying him to the music and he shrieked with joy. It was such a delightful reaction from him in the morning. His laughter and such shrieks are pretty much the only things that make the mundane task of babysitting a shade better. He loved it when I sang the “Bye, bye, Miss American Pie” blowing some air in his hair on the “bye” and “pie”. Slowly the dancing got a little bit more like Volkstanz and he was delighted when I spun him around my no-longer-supple axis! His shrieks transformed into “Encore” and he kept pumping his fists!! The song changed to “Summer of 69” and the young rocker was busy head banging – well, not really, but kept moving himself back and forth by pushing against my chest. To a more mellow “Annie’s song” and “When you say nothing at all” he glided well on the “floor” and enjoyed the slow dance.

I was tired sooner than the 4th or 5th song started and I sat on the cane hammock. I made him sit on my lap with his back well cushioned on my stomach. We beganswinging to the Tamil number “Thoda Thoda malarnthathenna” from the movie Indira. Soon he was sleeping like, well, a baby.

This was just the first day and I happily shared this with my sister who was excited to know that her son had an ear for music. My mom had watched some portions of the various dances we had performed in the room and was happy without much reason! My sister started envisioning the days when he would learn music and croon like Kishore Kumar and funny scenes of him serenading to women, who for all practical purposes weren’t born at that point of time. He was busy sitting in his basket making spit bubbles.

The next day was to herald similar fare until he grabbed hold of my jaw with both his hands. I rubbed a really fast swivelling nose against his and after his laughter subsided he held on to my jaw. I looked at him through narrowed eyes and then let a smile grow with the beat of “Pudhu Vellai Mazhai” from Roja. I shut the door and slowly started humming the tune to him. I placed his head against my chest so that he could feel the vibrations. Humming turned to singing and singing turned into a full song with instrumental interludes mouthed to something quite distant from the real note of the instrument. We swayed together and I held him aloft while trying to impress upon him the beauty of some lyrics. Then we were back in the cane basket, the one that held adults and now, held the bond that had grown between us, and swung around till he fell asleep.

The following days let him hear other songs and now he could clearly specify which songs he liked; he basically reached out to the music system. If he didn’t like a song, he would look vacantly at me and slowly frown. I would change the song. His all time favourites were “American Pie”, “Annie’s song”, “Bantureethi Kolu”, “Vaseegara”, “Hungama hai kyoon barpa” and some others, which I have forgotten.

Soon he started making sounds to match what he heard. It was difficult to believe that a child so young would do that. He would try to sing, or so it appeared. We would put him in his basket and then place him in front of the TV. In the mornings, some channels broadcast Carnatic music and we would let that play to him. He would listen with rapt attention and then draw in his breath. He would let it out with what seemed like a cry but turned out to be an accompaniment to the piece being played on TV. I even recorded a few of his recitals. Very interesting.

After he left, I haven’t played that disc again. Nothing sentimental, but merely didn’t find enough drive to play it. Maybe I needed someone to dance with me. Maybe I needed him around. Those were fun days when he danced like a baby possessed by the most cherubic and frivolous devils, though I am sure he would deny all of this once he grows up; like how I deny that the reasons aren’t sentimental!

3 thoughts on “When we danced…”