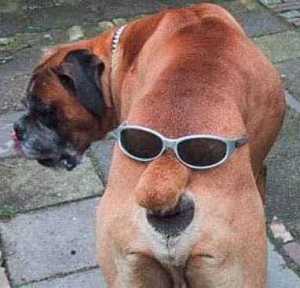 I have chanced upon a few delightful articles which I intend to share with you. But the pleasure lessens if I merely handed over to you a string of letters and dots and slashes starting with a www. Let me prance about in the unconscious – and to the writers of these articles, I do not exist – forming of a coterie of “literary writing” haters. Suffer my unbridled exuberance and hold not a single phrase against me at the dawn of a more sober morning. I don’t hate literature but am holding myself back from actually detesting what passes off as “literary writing” nowadays. As readers of this blog might recall, I had written a trilogy on what I thought literature was (they are available here, here and here) and I would summarise great writing as something:
I would be arrogant enough to say that this is the sole definition of great literature that I recognise, not because I composed it (does that even matter?).
When I was young (that was a couple of decades ago), I read Shakespeare and wondered why everyone spoke so highly of a man who wrote phrases like “saucy fellow” (Julius Ceaser). Only recently (and may I brag of owning the complete works of Shakespeare in wonderful print?) did I gain the required faculties to appreciate the works of the Bard. So much so that I was quick to proclaim him as one of the only 2 writers whom I consider truly great (the other being Nabokov; Gogol seems to be pulling this club to gain inclusion, but it wouldn’t be a wrong if he succeeded). Shakespeare’s sonnets drove me to a tizzy and made me drop everything I was doing at that moment and pick up a pen to give vent to what he had stoked in me. I thought that he heightened my sense and I was thoroughly glad when I read this article about an experiment conducted to correlate Shakespearen writing with brain activity. I totally agree with what the author says:

In that case Shakespeare’s art would be no more and no less than the supreme
example of a mobile, creative and adaptive human capacity, in deep relation
between brain and language. It makes new combinations, creates new networks,
with changed circuitry and added levels, layers and overlaps. And all the time
it works like the cry of “action” on a film-set, by sudden peaks of activity and
excitement dramatically breaking through into consciousness.

And as abrupt as this turn might seem, I must hurry into discussing the other articles I read. All of them are from http://www.theatlantic.com/. The first I read was a review by B.R.Myers of a book called Tree of Smoke and about how “It’s the most critically acclaimed novel of the fall. And it’s astonishingly bad.” I couldn’t stop nodding my head when I read this:

It’s just that once we Americans have ushered a writer into the contemporary pantheon, we will lie to ourselves to keep him there.

I would definitely agree with him when I think about Updike, Oates and Lahiri. The article talks a lot about pretentious writers and how the entire literary community feeds on and into this farce. Here is another excerpt from that article:

An amputee with a phantom limb, fancy that. Lewis’s aside that Tree of Smoke
“doesn’t feel like a Denis Johnson novel” lends weight to the assumption that a
writer cannot become famous by writing like this, at least not yet. But with no
way to prove insincerity on the reviewers’ part, I have to pretend to believe
that they really do consider Tree of Smoke to be “something like a masterpiece”
(Lewis) and “bound to become one of the classic works of literature” (Kakutani)
about the Vietnam War. (The novel, a New York Times best seller, has been
nominated for a National Book Award.)

I surely wouldn’t be reading this book going by the samples that Myers quotes. This novel appears to be below mediocre to me and if it ever became a “work of literature” let alone a classic, I shall write another post!!
This is what the The Washington Post has to say about this book: “To write a fat novel about the Vietnam War nearly 35 years after it ended is an act of literary bravado. To do so as brilliantly as Denis Johnson has in Tree of Smoke is positively a miracle”. Literary bravado? What on earth is that? Why does literature need bravery? So would painting a war scene (albeit cubist) be called brave painting? If this is a miracle, then I am a non-believer. And if “This novel makes large demands on the reader” I wonder to what demand did the writer cater. Please read the Washington Post’s article about the book and you won’t find anything in it that actually talks about the prose and its style. Just a lot of adjectives and bull-crap. What are we reviewing? The article-writer’s proclivity to smitten-talk?
So here I am wondering who this Myers guy is and simultaneously feeling glad that there are others out there who are ready to grab the “literary writers” by their collars (post-modern collars) and give then a good shake. I stumbled upon his “A Reader’s Manifesto” and liked him even more. From there I hopped my way to A Reader’s Revenge where I loved this at the end:

But if they were to say the prose is good or bad, and explain why on the basis
of lengthy excerpts, then we could judge for ourselves

I remember getting into a virtual brawl with a member of a popular “writer’s” online group. She was reviewing Ms. Lahiri’s Namesake and used words/phrases like “soul-satisfying, introspective, multi-layered and intellectual read” and when I asked her to justify her conclusion there wasn’t any offered. People (readers/reviewers) fancy using large words and cliches to avoid the conscious task of understanding a book and enjoying it for what it is rather than what it is touted to be. I am glad that Myers raises concerns of similar sorts. Although I haven’t read a word of DeLillo, I agree with Myers when he says this (and yes, he praises Nabokov 🙂

When Don DeLillo describes a man’s walk as “a sort of explanatory shuffle, a
comment on the literature of shuffles,” I feel nothing; the wordplay is just too
insincere, too patently meaningless. But when Nabokov talks of midges
“continuously darning the air in one spot,” or the “square echo” of a car door
slamming, I feel what Philip Larkin hoped readers of his poetry would feel:
“Yes, I’ve never thought of it that way, but that’s how it is.”

So why would people still want to call such writing as great? Myers has to say something in tune with what Toohey said in Atlas Shrugged:

“Don’t set out to raze all shrines — you’ll frighten men. Enshrine mediocrity —
and the shrines are razed . . . Kill by laughter. Laughter is an instrument of
human joy. Learn to use it as a weapon of destruction. Turn it into a sneer.
It’s simple. Tell them to laugh at virtue. Don’t let anything remain sacred in a
man’s soul — and his soul won’t be sacred to him. Kill reverence and you’ve
killed the hero in man”

Mediocrity and laziness is what rules the world today. People would rather have a solution than an understanding of the problem. But I digress. Myers clearly states:

Well, imagine what would happen if the Big Three were allowed to review each
other’s cars in Consumer Reports. You might think they’d just try to run each
other down. But they wouldn’t; they’d realize that it’s in the industry’s
interests to screw the consumers, to lower their expectations. They’d say, “The
brakes don’t work, but that’s what real driving is all about,” and so on. They’d
save the bad reviews for outsiders like the Japanese. The same principle is
behind the insincerity with which novelist-critics review each other’s books.
And even the full-time reviewers like Michiko Kakutani don’t seem to represent
the consumer’s interests to the extent that a movie critic like Roger Ebert
does. The best way to reform things is to force reviewers to concentrate on
prose. As it is now, they say things about the plot and the characters that we
have to take on trust.

Pick any review that you might have read of a book and see whether the critic bothers to detail the prose and style without starting with a conclusion. I am glad that Alvibest, as an instinctive policy, disallows reviewers to state anything without evidence.
Given that we have had great writers like Shakespeare and Nabokov, why would I bother to read any of these new novels? I needn’t, but when the literary community builds hype around them, it gets me concerned about the state of literature about which I care a lot. Why doesn’t anyone aspire to write like the greats and when they can’t, just pause writing?
And this is where I see the truth in what I had written in one of the posts I mention here: Attempting to create literature is an adamant belief in permanence. Shakespeare and Nabokov believed in that. I doubt whether any of the modern contemporary writers even recognise that. The mind is, as William James said, a theatre of simultaneous possibilities, and we should try to keep that vibrant and enriching rather than numb it with the opiates of mediocrity and laziness.

One thought on “A theatre of simultaneous possibilities”