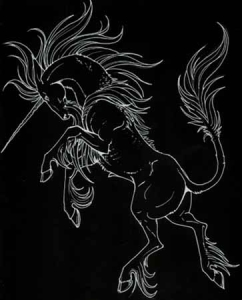 Tethers of venom
Burn, writhing in Divine light.
See how he prances!