A woman once asked a man why he clicked pictures of a popular religious function. The man in all innocence replied that he found the event beautiful. She then began condemning the pictures and went on to say that all this was nascent religious fanaticism and that she thought that he was a saffron robed VHS without the robe.

A man once told another man that he should give up his personal religious practices as he was likely to travel abroad and sticking to such practices was ridiculous and impossible to follow and that he would have to be practical and give it all up.

Belgium and other European countries have banned people from wearing the veil. Governments now consider themselves to be in the rightful position to decide on the wardrobe contents of the residents.

These and several such examples are the kinds that people are proud of. Today is not about being tolerant but about refusing allegiance. People who are, in their personal capacities, aligned with a belief system which is unlike what is popularly accepted, are ostracised to varying degrees. Today it is not important to understand and hence, accommodate each person’s individual preferences. When people have a particular set of rules for their home, then they are considered conservative or old-fashioned. The same approach is acceptable at the work place (though even that is now being considered old-fashioned and newer companies think that allowing their employees to come in shorts and torn clothes is being tolerant).

The human mind is uncomfortable in the midst of people who are different. Hence, there is a constant attempt to homogenise. Religion is one such attempt. National boundaries and patriotism are also similar strategies (though it tends to unite by dividing). Try standing in the midst of a gathering on Independence Day and, once the anthem is over, state clearly that you have the least feeling of patriotism! And these very same people, who frown at you and ensure that the distance between you and them is ever increasing, will claim that they are very open minded and tolerant.

I call it lazy tolerance, because these people would rather distance themselves from taking a stance because it involves a lot more work and the effort is significantly more than giving in and acting tolerant. The intelligence and goodness required to understand is simply not as interesting as an episode on your favourite sitcom. When we were kids it was called peer pressure and resulted in every young lad wanting to take a swig and every girl wanting to have a boyfriend. Then we were excused as not being mature enough, but when that continues into one’s youth and mid-life then it is no longer something one can roll eyes about. People find it largely convenient to not have to follow rules, or strive to understand why someone has a particular set of preferences. I can only imagine what Muslim girls and boys must be going through all over the world when they want to adopt religious practices that they were raised in. The very Westerners who denounced this practice as against their “democratic” spirits have to face research which hints at religious fanaticism being at the root of the inability to realise the brotherhood preached in churches.

Each person is allowed to choose their preferences, practices and beliefs. This is usually uncomplicated as long people are individual entities. When they get into relationships such as marriages, employment, friendship, etc. then their persona would have to be adaptable to these settings. If I join a legal firm, I cannot go to court in striped pajamas (at least in India). If I am getting married to a woman who loves her job, then it is unreasonable of me to expect her give it up for an opportunity that I am getting in some remote place where she has little opportunity. If my friend cannot afford parties and living a lavish life, then I would tune my interactions with him such that he doesn’t feel awkward. If I am an island, then my preferences should be largely uninfluenced. If I find the environment unacceptable, I search for one which is conducive to my personality.

Unfortunately, the world has come to become a place where being progressive, tolerant and open-minded are confused and people have come to believe that having any religious, cultural, regulatory, societal and personal affiliations is old-fashioned. In other words, if you can claim that you don’t care about any religion and disrespect all tradition and cultural norms and love to break all rules, then you are open-minded! I fail to understand how that can be so.

As long as people continue to remain uncomfortable in the midst of differing opinions, universal (or even localised) camaraderie is an impossibility. Children are not being educated to appreciate differences but are being groomed to join the coterie with the maximum representation. And then there is the club which believes in being contrarian to all that others say. I see this especially in the arts. There are some true artists who create material which is beautiful whether Avante-garde or not. The rest simply mimic or cause a noise without understanding what they are opposing.

I am reminded of a couple of verses in the Tao Te Ching which speak about benevolence and kindness and how they are the natural consequence of the absence of the Tao. This is applicable to this state of affairs. People have ceased to understand and relate to each other and in that lacuna, tolerance creeps in. When tolerance is difficult, being open minded is essential and in the absence of that, people resort to being progressive.

As long as people continue to be lazy and refuse to expend the required effort to understand other people, they will be kind and grace those people with tolerance and the urge to civilise them (as motivated the East India Company). Mustn’t the Koran reading gent and the top-knot donning Kerala Brahmin boy be made to drop their beliefs and be made more open-minded? After all, being open minded is about being closed to individual preferences, isn’t it? Being tolerant is to not have any allegiance? Being progressive is to sip your Cosmopolitan and smirk at those who refuse to consume alcohol? 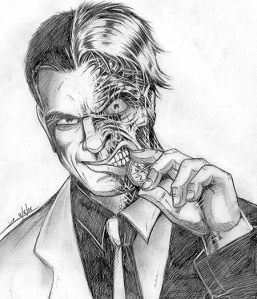 5 thoughts on “The New Face of Tolerance”